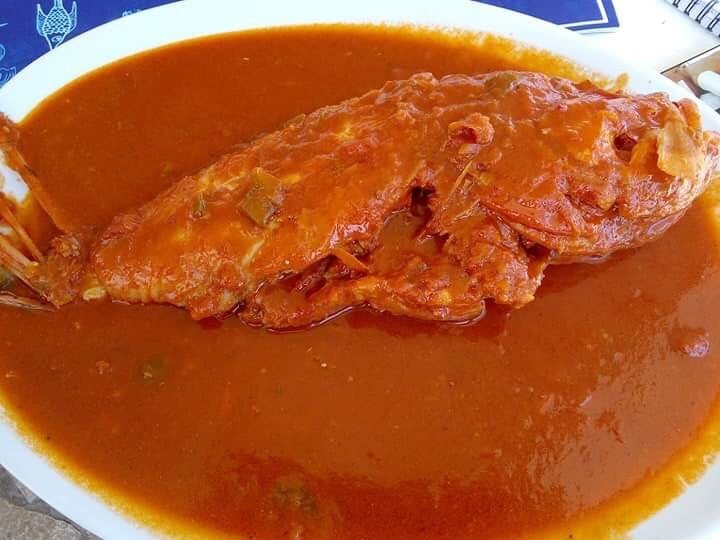 Bourdeto or Bourdetto is a fairly thick fish soup, found mainly in the Ionian Islands, and is considered the most traditional and characteristic dish of Corfu along with soufflé and pastitsada. Its origin and name comes from Italy – brodetto in Italian means gravy.

This is a recipe with fish, in red pepper sauce, accompanied by potatoes, which is sliced, cooked with the fish. Traditionally made with scorpions, which is considered to give the most delicious bourdeto but anyone can use the stone of their choice.

Bourdeto can be made with different types of fish (cod, cod, octopus, scorpions, scorpion, galleus, mullet, kangaroo etc.) but can also be made with veal meat. In Corfu they use different fish for bourdetti while in Zakynthos they cook bourdetti with meat.